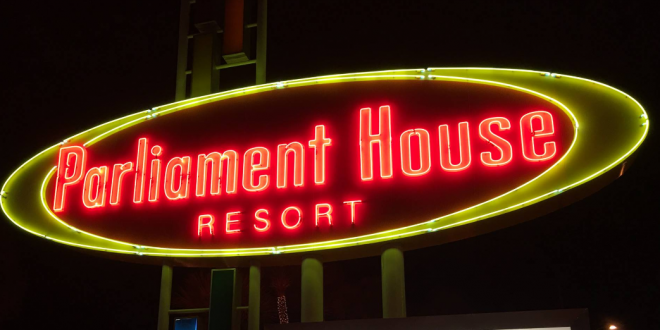 Although the Parliament House will be demolished, its distinctive multicolored sign will be preserved as a piece of Orlando history.

“The City of Orlando is working on saving the sign,” city spokeswoman Samantha Holstein wrote in an email. “Staff has been in conversations with the property owner and working on coordinating the removal and storage for the safe keeping of the sign at this time.”

The Parliament House opened Feb. 11, 1962, according to the LGBTQ History Museum of Central Florida, though it wouldn’t become a gay resort until the mid-1970s. In the ensuing decades, the establishment played a key role as a welcoming place for the Orlando LGBTQ community.

The sign to be preserved is actually not the original, which was destroyed by Hurricane Charley in 2004. The original sign read “MOTOR INN” not “RESORT.”

According to the linked report, the entire property will be “razed to the ground.” No word yet on what may replace it or what will be done with the sign, but that formerly forlorn and seedy stretch of South Orange Blossom Trail has seen dramatic changes in recent years.

Read my original report on the closure here.