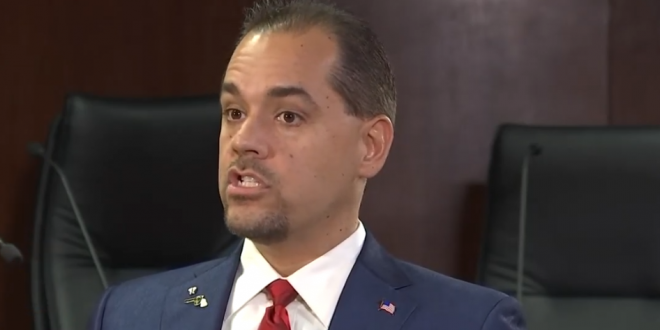 A federal judge has upheld a Minnesota state court agreement that allows the counting of absentee ballots received up to seven days after Election Day. Republicans had asked U.S. District Judge Nancy Brasel to block the seven-day extension that said ballots postmarked on or before Election Day must be counted.

Brasel ruled late Sunday night that the plaintiffs in the case — state Rep. Eric Lucero [photo] and another Republican who serves as an elector in the presidential election — don’t have standing and denied their motion for a preliminary injunction. She said giving voters conflicting information after absentee ballots have gone out would create confusion.

Messages left Monday with Lucero and the Republican Party were not immediately returned, but attorneys for the plaintiffs filed a notice saying they will appeal.