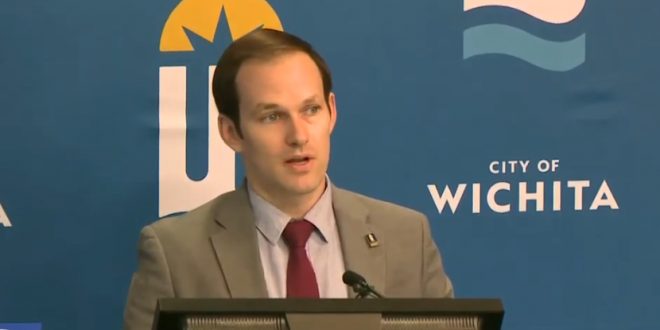 A Wichita man has been arrested on suspicion of threatening to kidnap and kill Wichita Mayor Brandon Whipple over frustrations with the city’s mask ordinance, the mayor and police said Friday afternoon. Meredith Dowty, 59, was booked into Sedgwick County Jail at 6:05 p.m., Friday, booking reports show. Police confirmed he is the suspect and said he could face a charge of criminal threat.

Whipple said he had been read a series of text messages received by another city official that asked about Whipple’s address and contained a detailed threat against his life. “He said he was going to kidnap me and slash my throat and he needed my address because I needed to see the hangman — me and everyone who, something about tyranny,” Whipple said. Dowty is a retired Wichita city firefighter.

In response to today’s story concerning a threat I received:

Violence is never a way to settle disagreements. We’re always stronger together as a City even when times are at their toughest. Tensions maybe high, but we will get through this together as Wichitans. 1/2

Chelsea, the boys, & I appreciate the kind thoughts & prayers. We also would like to thank the brave men & women of the @WichitaPolice who protect not just us, but our entire community. Thank you for the fast response in this matter & for all you do. 2/2