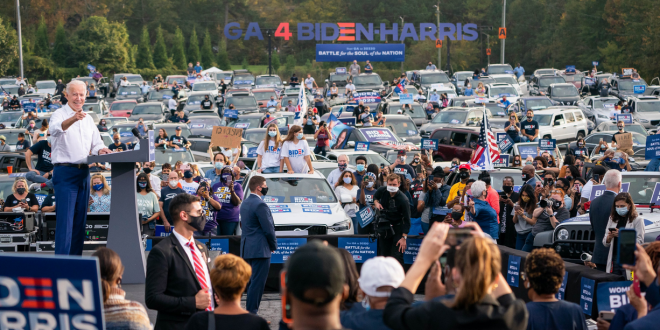 Biden: “Who Let All These People Into My Basement?”

Democratic presidential nominee Joe Biden on Saturday poked fun at Republicans mocking his lack of campaign rallies due to the coronavirus while highlighting his efforts to safely turn out supporters.

Biden shared an image of supporters at one of his “drive-in” rallies, aimed at stemming the spread of the virus with social distancing measures.

In August, Trump’s reelection campaign released an ad that falsely depicted Biden as “hiding” alone in his basement, using an image edited to remove several other people. “Alone. Hiding. Diminished,” the campaign wrote.

Who let all these people into my basement? pic.twitter.com/E17SPqmXib