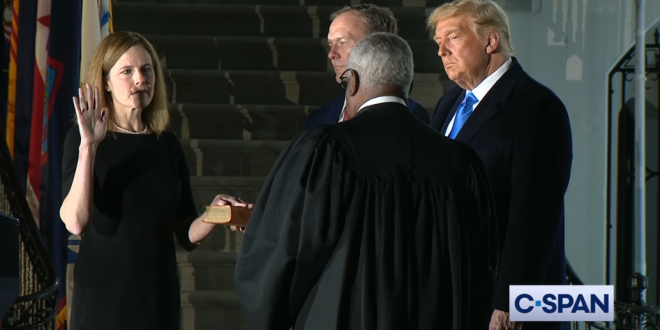 Amy Coney Barrett has been fueling the fears of LGBTQ advocacy groups since President Donald Trump first nominated her to the federal bench in 2017. Now, with Barrett officially confirmed as an associate justice of the Supreme Court, advocates worry that she and the court’s five other conservatives could start stripping away gay rights imminently.

The most immediate concern for national LGBTQ and civil rights groups is Barrett’s presence on the court for next week’s arguments in Fulton v. City of Philadelphia, a case that looks at whether faith-based child welfare agencies can refuse to work with same-sex couples and other people whom they consider to be in violation of their religious beliefs.