Just in from the Cook Political Report:

Less than a week out from Election Day and President Donald Trump is playing catch-up. In 2016, he won 30 states (and Maine’s 2nd Congressional District) and their 306 electoral votes. Today, just 20 states, worth 125 electoral votes, are safely in his column.

Former Vice President Joe Biden is holding 24 states worth 290 electoral votes in his column. To win the election, Trump will need to win every state we currently have in the Toss Up column: Florida, Georgia, North Carolina, Iowa, Ohio, Maine’s 2nd CD, as well as the newest addition, Texas.

The map below is interactive at the link. 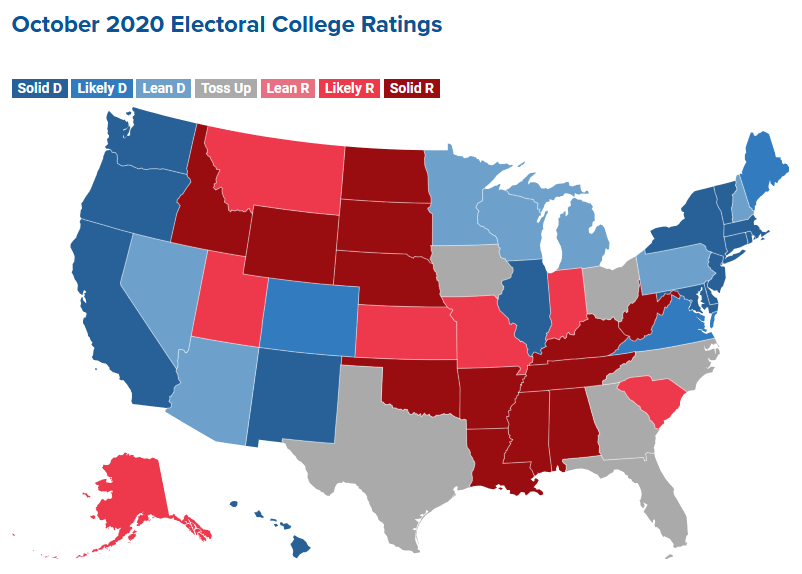