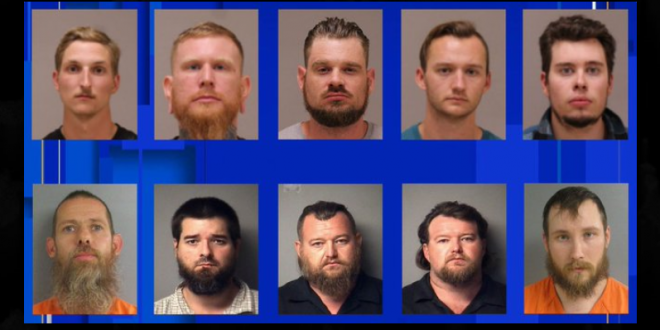 Thirteen members of an anti-government group bent on igniting a civil war are charged in a plot to kidnap Gov. Gretchen Whitmer, who the group targeted in a possible commando raid on the state capitol, according to newly unsealed court records.

Authorites said Thursday that the Wolverine Watchmen group planned on storming either the capitol or Whitmer’s vacation home as part of a broader mission to instigate a civil war.

The FBI and Michigan’s attorney general outlined felony domestic terrorism charges against the group’s organizers, who planned on hurling molotov cocktails at any police officers who tried to stop the kidnapping, a federal affidavit said.

Here are the rightwing domestic terrorists who targeted the governor of Michigan.