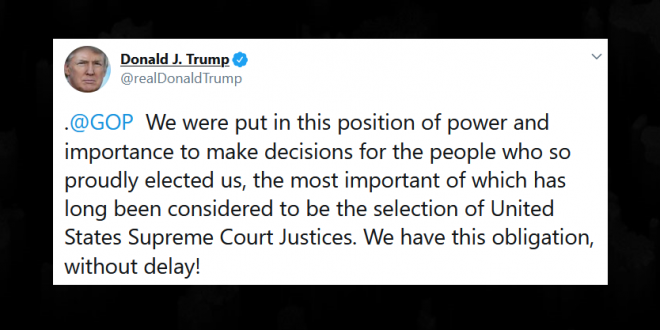 President Donald Trump on Saturday urged the Republican-run Senate to consider “without delay” his upcoming nomination to fill the Supreme Court seat vacated by the death of Justice Ruth Bader Ginsburg just six weeks before the election.

.@GOP We were put in this position of power and importance to make decisions for the people who so proudly elected us, the most important of which has long been considered to be the selection of United States Supreme Court Justices. We have this obligation, without delay!

Let me remind you… pic.twitter.com/RtcLUXYY3c