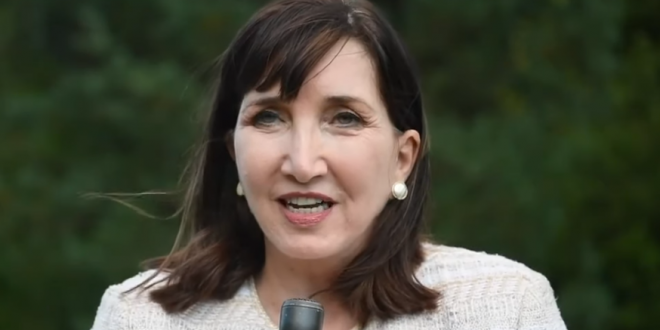 Former Vice President Joe Biden continues to lead President Trump in the 2020 presidential election nationally by a substantial margin, according to the latest NPR/PBS NewsHour/Marist poll.

Biden leads Trump by 9 points, 52% to 43%, among likely voters, the survey finds. This is the first time this election cycle the poll has screened for likely voters — this narrower group is the most likely to actually cast a ballot, compared to the larger group of people who are registered to vote.

When third-party candidates are included, it remains about the same. In a four-way race, adding Libertarian Jo Jorgensen and Green Party nominee Howie Hawkins, Biden leads Trump by a slightly lower 49% to 42%. Jorgensen pulls in 5%, while Hawkins gets 2%.

Jorgensen last appeared here when she was bitten by a bat. Third party candidates have been booted from several state ballots due to filing irregularities. Many believe third parties provided Trump the slim edge he won by in 2016.