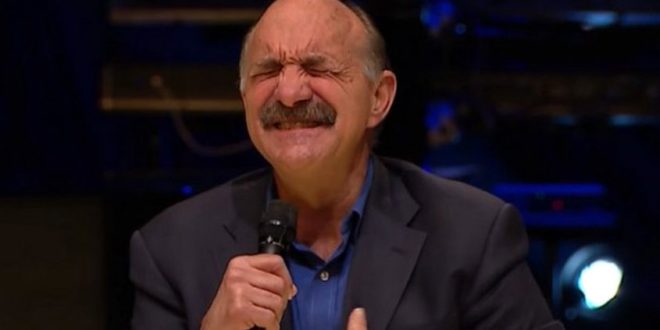 Dominionists: God Has Anointed The Handmaiden

On Tuesday, during an online event hosted by former Trump campaign adviser and POTUS Shield founder Frank Amedia, dominionist and anti-abortion activist Lou Engle recounted anti-abortion activist Matt Lockett’s prophetic dream in which Lockett said he grabbed Karen Pence by the shoulders and told her, “Remember the name Amy Coney Barrett!” Engle added to that dream, claiming the he had a dream about Barrett on Monday night. He then gave two decrees:

Engle last appeared on JMG in early March, when he launched three days of fasting so that God would “rebuke” the coronavirus and thereby allow “stadiums” to fill with Christ worshipers.

Some religious-right activists are convinced that God has anointed Amy Coney Barrett to serve on the Supreme Court and do away with legal abortion in the U.S. – one even called Kavanaugh a “usurper” when he rose to the top in 2018. https://t.co/vAc8Vik3P5