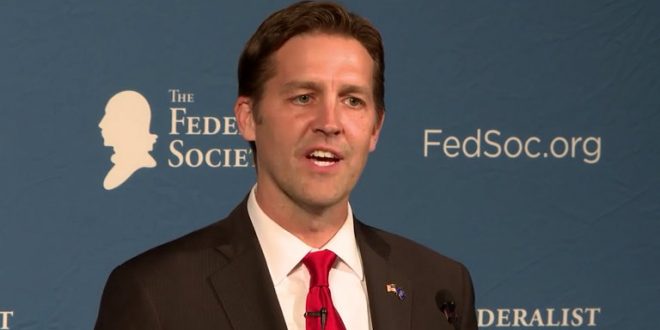 Senator Ben Sasse (R., Neb.) called to repeal the 17th Amendment on Tuesday, which would eliminate the requirement that U.S. senators be elected by popular votes. In a Wall Street Journal op-ed titled “Make the Senate Great Again,” Sasse called for an end to the amendment, among other changes to the Senate “aimed at promoting debate, not ending it.”

Before the 17th Amendment was ratified in 1913, Article I of the Constitution mandated that each state legislature vote to send two senators to Washington. Sasse argues that returning control to state legislatures would be a way of increasing local control in the Senate in a time of polarization and nationalization in politics.

The Nebraskan Senator also suggested ridding the Senate of cameras because in the presence of cameras, Senators “aren’t trying to learn from witnesses, uncover details, or improve legislation. They’re competing for sound bites.“

The op-ed is behind a paywall.

He wants to make it so that people can’t vote for their Senators.

Instead, Senators would be appointed by the state legislatures.

This kind of takes the “Democracy” out of “Representative Democracy”.https://t.co/uKK5ryMk29

1. Repeal the 17th amendment that allows Americans to vote for senators and let state legislatures decide.

2. Remove cameras so the public can’t see what’s going on.