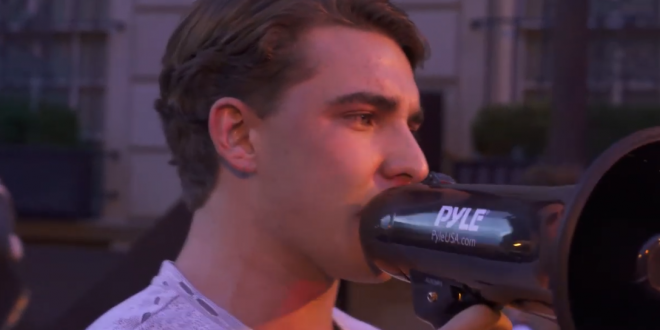 Conservative activist Jacob Wohl appears to have been punched in the head or face during an attempt to counterprotest — or, in some eyes, to infiltrate and agitate — amidst a Black Lives Matter demonstration in Washington, D.C.

Video and still images of the incident began circulating on social media last night. “After infiltrating and agitating a BLM in DC, Jacob Wohl got punched in the head,” one post reads.

Wohl’s father, David Wohl, shared an extended video of the incident from his son’s YouTube account under the title: “Jacob Wohl Takes On BLM Mob at the White House (GRAPHIC).”

Should I start a GoFundMe for the BLM protestor who punched Jacob Wohl in the face? pic.twitter.com/TjDVwXgq3x