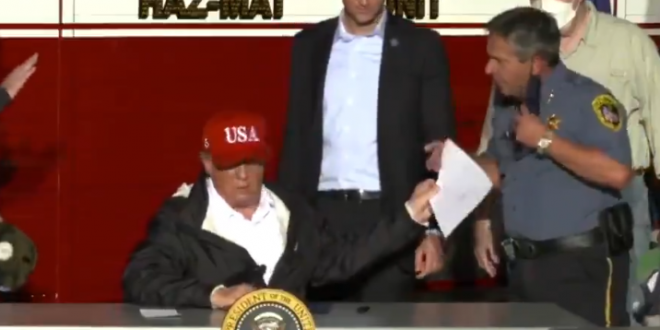 President Donald Trump traveled to Lake Charles, Louisiana, on Saturday to inspect damage from Hurricane Laura and attend a briefing on the impact of the disaster and the federal response.

After taking questions from reporters, the president began signing autographs for some of those in attendance, quipping that they could sell them on eBay that night for $10,000.

After being asked to sign one autograph, Mr Trump sits down and calls over to a group of people near by, saying: “Come here fellas, get over here. I want a little power.” Handing an autographed piece of paper to one local official he says: “Sell this on eBay tonight, you’ll get $10,000.”