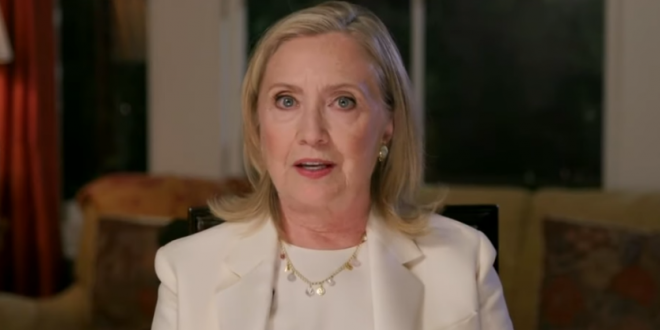 Hillary Clinton urged Democrats to vote in “overwhelming” numbers in remarks Wednesday night to the Democratic National Convention that at times reflected her bitter loss to Donald Trump four years ago despite winning the popular vote. “Don’t forget: Joe and Kamala can win by 3 million votes and still lose. Take it from me,” the former secretary of state said in a video recorded from her home in Chappaqua, New York. “We need numbers overwhelming, so Trump can’t sneak or steal his way to victory.”

“I know something about the slings and arrows she’ll face. And believe me, this former district attorney and attorney general can handle them all,” Clinton said of Harris, referencing the jobs she held in California before becoming a senator. “For four years, people have said to me, ‘I didn’t realize how dangerous he was.’ ‘I wish I could go back and do it over.’ Or worse, ‘I should have voted.’ Well, this can’t be another woulda coulda shoulda election,” she said.

Share
Previous Harris On Trump: I Know A Predator When I See One
Next Pelosi Roasts McConnell And Trump In DNC Speech