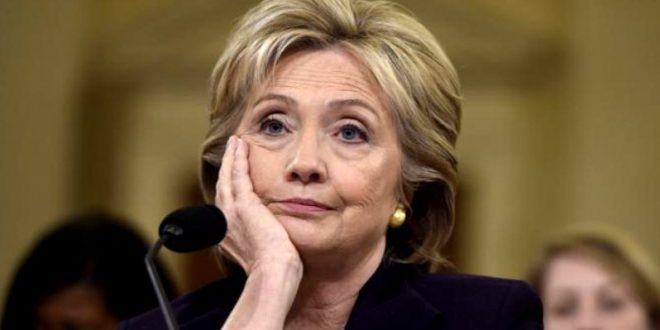 A federal appeals court panel has unanimously overturned a lower-court order requiring Hillary Clinton to provide a sworn deposition about her use of a private email account and server during her four years as secretary of State.

The D.C. Circuit Court of Appeals ruled, 3-0, that the conservative group Judicial Watch was not entitled to depose Clinton in connection with an 8-year-old Freedom of Information Act lawsuit seeking records of details about information national security adviser Susan Rice discussed during interviews in 2012 about the deadly attack on U.S. facilities in Benghazi, Libya.

Judicial Watch President Tom Fitton said the group is mulling its next steps. “We’re disappointed by the decision and considering our options,” Fitton said.

BREAKING: Judicial Watch President @TomFitton made a statement about today’s decision by the U.S. Court of Appeals for the D.C Circuit regarding the request of #HillaryClinton’s & Chery Mills to avoid testifying under oath about Clinton’s emails (1/3).https://t.co/sYDIE5ekyR