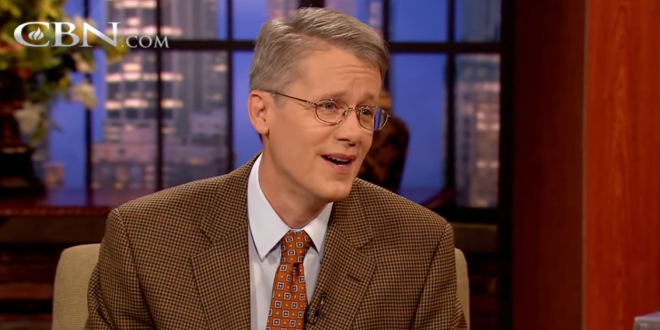 Records from the New Hanover County 911 center show that a friend of Mike Adams called after not seeing him for several days, telling a dispatcher that the UNCW professor had been ‘erratic’ for several weeks and ‘under a lot of stress.’ Dispatch records also indicate the cause of death was likely a gunshot wound.

The call came in around 12:26 p.m. on Thursday afternoon. The caller noted that Adams’ car had been parked at the residence for several days but that the caller had not seen him.

Asked if Adams had any physical or mental issues, the caller said friends were concerned because Adams had been “erratic for the last few weeks — not erratic ‘dangerous,’ but just he’s been under a lot of stress.”

According to the above-linked report, the 911 caller confirmed that Adams kept guns in his house. An official cause of death has not been publicly released at this writing.

Adams regularly appeared on JMG a decade ago, usually for anti-gay comments. He once published a “joking” Townhall column claiming that eight Christian students had committed suicide due to bullying by LGBT activists.

These eight cases are all true except for one thing: The Christians who were bullied by gays and gay activists are all still alive. Not a single one has committed suicide. That is because they have centered their lives around Jesus Christ, rather than their sexual identity. And no amount of bullying can change my mind about that.

This morning some of his supporters on Twitter are claiming he killed himself over “cancel culture” bullying.

Adams was set to retire Aug. 1 with a $500,000 settlement after multiple petitions that he be fired. https://t.co/cAL9Rzf1KQ