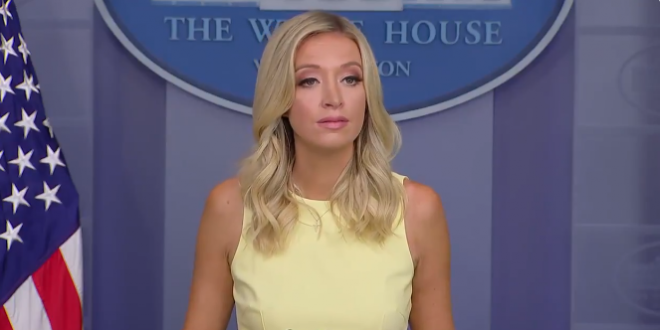 As Americans still struggle to access coronavirus testing and receive prompt results, President Donald Trump is being screened for the disease as many as “multiple times a day,” his top spokesperson acknowledged Tuesday.

“As I’ve made clear from this podium, the president is the most tested man in America,” White House press secretary Kayleigh McEnany told reporters. “He’s tested more than anyone, multiple times a day, and we believe that he’s acting appropriately.”

Pressed on her remarks, which were in response to a question regarding the president’s reluctance to wear a face mask in public, McEnany declined to elaborate on the specific number of times Trump is tested in a 24-hour period.

Kaylee “never lie to you” McEnany says that Trump is tested “multiple times a day” for #COVID19 and that’s why he doesn’t wear a mask.

Meanwhile, in most places in the country, it takes up to 2 weeks to get test results, if you can even *get* a test.

Kayleigh McEnany says the president has been ‘consistent’ on wearing a mask 🤔 pic.twitter.com/jZhTfrCAtF