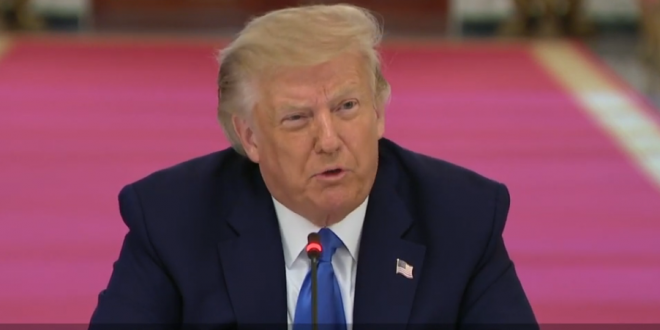 The White House on Tuesday threatened to veto an annual defense policy legislation in part because it includes a provision that would direct the Pentagon to rename military bases currently named after Confederate leaders.

The Office of Management and Budget (OMB) issued a statement hours before a House vote on the massive $740.5 billion defense policy bill expressing “serious concerns” about multiple provisions of the bill.

The White House said that if the bill were presented to President Trump in its current form, “his senior advisors would recommend that he veto it.” There are 10 Army bases around the United States named for Confederate military officers, all of which are located in Southern states.