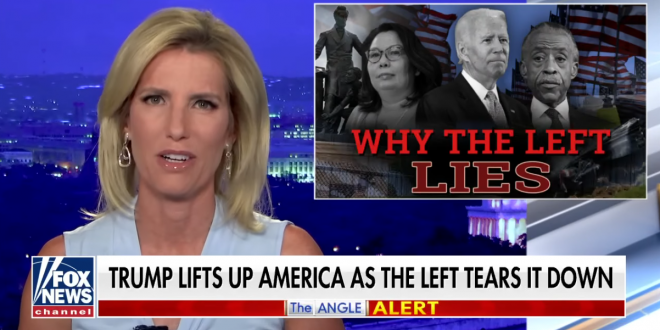 “Some folks are still trying to pretend that all of this mayhem will stop if we just let the Democrats have the White House. Well, we have the Democrats in power in Atlanta, in Chicago, in New York, in Baltimore and beyond and beyond. What’s happened?

“So, this thinking is foolish and naive. The Democrats have shown they’re utterly unwilling to restrain the hard left from seizing property and committing violence. And as for the culture wars, why would the radicals stop when they think they are winning?

“So, ignore the folks who say that it just gets better when we let the Democrats have more power.

“The only way this situation gets better is for Democrats to lose, and lose so often that they are forced to apologize for their relentless slandering of our nation’s history, and by extension, the majority of our citizens who still unapologetically love this country and still believe that it’s worth celebrating. – Laura Ingraham, last night.

Previous CHATTER AWAY: Overnight Open Thread
Next Pompeo: The US Might Ban TikTok, Other Chinese Apps