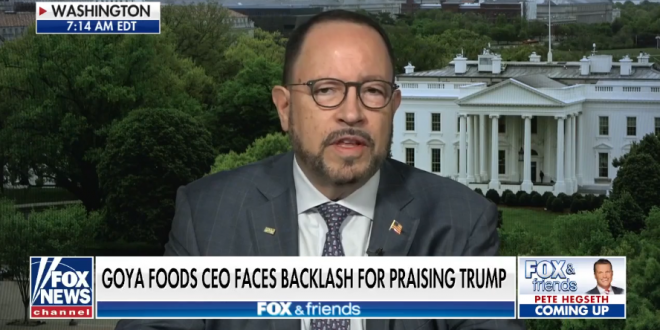 Goya Foods President and CEO Bob Unanue said on Friday that he is not backing down in the face of a boycott over his visit to the White House.

Unanue called the pushback against him visiting the White House “suppression of speech.” Unanue said that he was previously invited to the White House for an event hosted by the Obama administration for Hispanic Heritage Month.

“So, you’re allowed to talk good or to praise one president, but you’re not allowed to aid in economic and educational prosperity? And you make a positive comment and all of a sudden, it is not acceptable,” Unanue said.

What does Unanue say about Glorious Leader’s many, many boycott demands? Bet that’s not “suppression of speech” in his world.