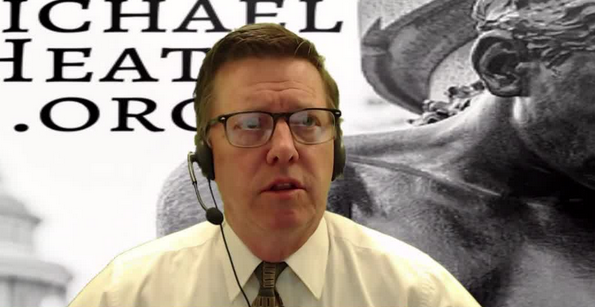 “I’m going to do a world tour,” Heath announced. “The theme is ‘Faggots are Maggots.’ The tour is inspired by the work of Donald Trump. This isn’t satire. I’m serious. I started supporting Donald Trump early in the 2016 primary for one reason: He insults his enemies. He makes things personal that deserve to be personal.

And one week later that month from Heath:

“For a bit over a week I’ve been salting my COLUMNS with the English words “faggot” and “maggot.” I started doing it with a promise that I’d do a World Tour because it is a fact that Faggots are Maggots. I probably won’t do the Tour. Not because I don’t want to do it. I won’t do it because Tony Perkins, Tim Wildmon, Franklin Graham, Jim Dobson and Pope Francis won’t help me.”

Below is today’s fun update from Right Wing Watch.

Anti-LGBTQ activist Mike Heath reports that he has lost his job as a contract delivery driver for FedEx due to his anti-gay videos, commentaries, and plans to launch a “Faggots Are Maggots” national tour. https://t.co/Id5gb2uVHz pic.twitter.com/CV1i7W1d4Z