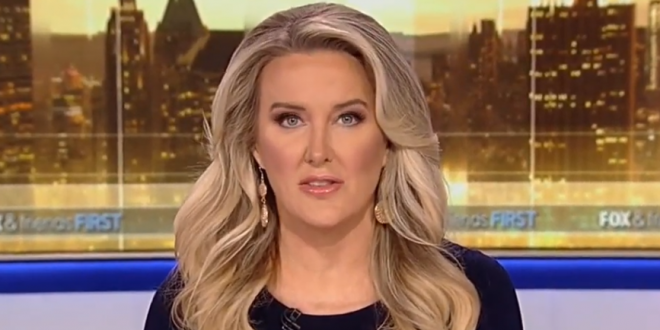 Fox News has parted ways with a host who dismayed fellow staffers when she came to work while visibly sick in the early days of the coronavirus crisis.

Heather Childers, who had been an early morning host on Fox since 2012, was benched after the incident in late March. She was not put back on the air again — despite her public campaign on Twitter and her messages to President Trump.

This week, after sources said that Childers was no longer affiliated with the network, a Fox spokeswoman confirmed her exit. “Fox News and Heather Childers have parted ways. We wish her all the best,” the spokeswoman told CNN Business.

I’d love to go back to work @realDonaldTrump but the antibody tests only show positive if you have had the virus. I’ve had TWO negative COVID19 tests results & no symptoms. Including a doctor testing temp, oxygen, all vitals 3 weeks ago today. All normal. Can I go back to work?

Starting Week 5 sitting at home & not anchoring @FoxFriendsFirst at 4AM for you. Sorry I won’t be there again after 25+ years as a journalist. @realDonaldTrump please get us all back to work. Negative #Covid19 or any testing is worthless if ignored by employers & municipalities.