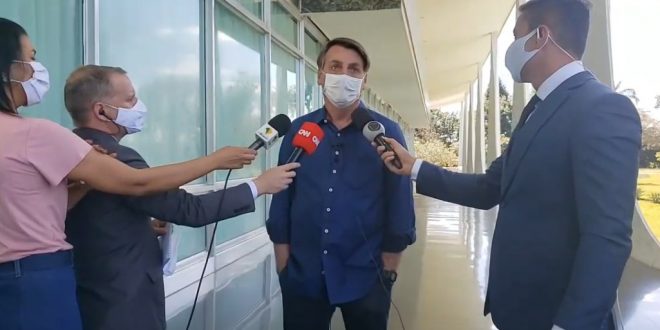 Brazil’s government has fired an official at the national space agency Inpe whose department is responsible for satellite monitoring of the Amazon rainforest, just three days after June deforestation data reflected a continued increase in degradation. Lubia Vinhas was the general-coordinator of Brazilian space agency Inpe’s Earth Observation Institute, which is an umbrella for divisions that monitor the Amazon and panels to debate climate change with civil society organizations.

The timing of the dismissal – coming on the heels of June data – drew an outcry from environmentalists who saw a parallel with another high-profile firing at the same agency last year. In August, amid international outcry over Amazon wildfires, Bolsonaro accused the then-head of Brazil’s space research institute, Ricardo Galvão, of manipulating satellite deforestation data in order to undermine his administration. Galvão publicly countered the claims, and was fired.

Another Brazilian official fired days after reporting uncomfortable facts about #Amazon deforestation rates.@INPE_mct data show 1,034 sq km of #deforestation in the Amazon in June, a new record for the month since data started being gathered in 2015 https://t.co/cjyJLIfOWh

Brazil’s government fired an official at ⁦@inpe_mct⁩, whose department is responsible for satellite monitoring of the #Amazon rainforest, just 3 days after the release of June #deforestation data reflected a continued increase in degradation. https://t.co/7Da6FG43sd

Previous Bubonic Plague Found In US Squirrel Because 2020
Next TEXAS: Biden Airs New Ads As State Becomes In Play