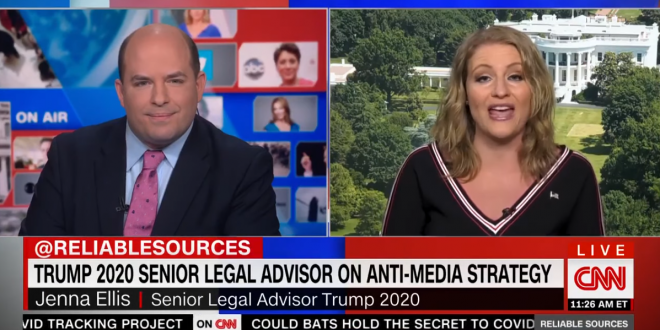 President Donald Trump’s campaign is demanding an apology from CNN and Brian Stelter after a heated interview with Trump legal adviser Jenna Ellis on Sunday.

The campaign claimed the interview on Reliable Sources was “sexist” and “demeaning,” pointing to comments from Stelter to Ellis that, “someday you’re going to regret this, when your kids and grandkids look back at this time and you use slurs to hurt news outlets.” That was in response to Ellis referencing the “fake news media.”

The 13-minute, explosive exchange between Stelter and Ellis was prompted by the Trump campaign sending a cease and desist letter to CNN last week after a poll showed former Vice President Joe Biden up 14 points to Trump. When Stelter asked about the legal claim, Ellis went on a tirade against the network.