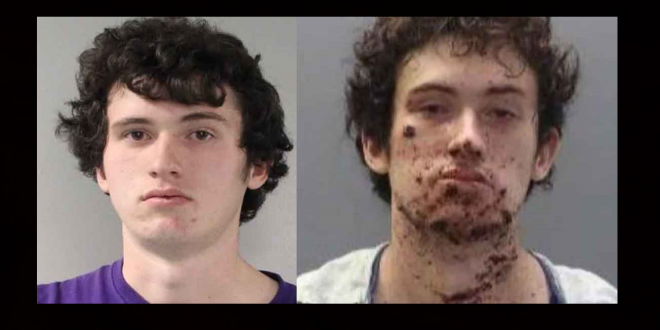 Incel Plotted To Bomb Cheerleaders, Blew Off Own Hand

A sexually frustrated Virginia man blew off a hand while trying to make homemade explosives — ones he planned to use on a revenge attack on “hot cheerleaders,” according to federal prosecutors.

Cole Carini, 23, went to a health clinic in Richlands last Wednesday suffering from an amputated hand, amputated fingers on the opposite hand, and shrapnel wounds to the neck and throat, the Department of Justice said.

He claimed it was from a devastating lawnmower accident — but investigators found his garden overgrown, they say. Instead, they found evidence of a recent explosion, with explosives materials, rusty nails, pipes and pieces of flesh, prosecutors said.

According to court documents, on June 3, 2020, Carini went to a health clinic in Richlands suffering from an amputated hand, amputated fingers on the opposite hand, and shrapnel wounds to the neck and throat. After being interviewed at the hospital by officers, Carini reported that his injuries were caused by a lawn mower accident at his home.

During a search of Carini’s home, agents found the lawn was overgrown and found no other evidence indicating a lawn mower had recently been used. They did, however, find evidence of an explosion, more consistent with the types of injuries Carini had suffered. Agents also discovered significant quantities of what is believed to be Triacetone Triperoxide, an explosive substance used in the creation of improvised explosive devices.

When questioned again, Carini insisted that he was injured when the lawn mower flipped over while he was mowing the grass. The investigation of the case is ongoing and is being conducted by the Federal Bureau of Investigation, the Bureau of Alcohol, Tobacco, Firearms, and Explosives, the Virginia State Police, the Richlands Police Department and the Tazewell County Sheriff’s Office.