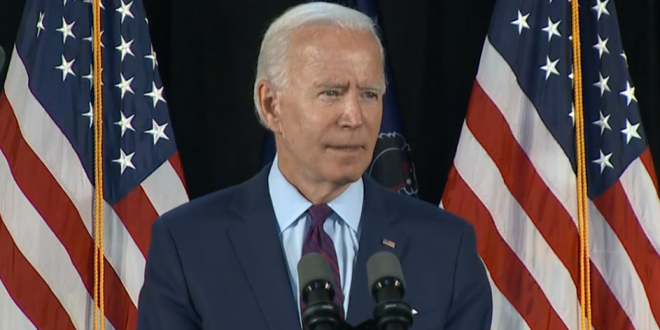 Biden: Trump Has Picked A Side And It’s “White Power”

“Thank you to the great people of The Villages,” Trump said in a post retweeting the video. “The Radical Left Do Nothing Democrats will Fall in the Fall. Corrupt Joe is shot. See you soon!!!” The tweet was deleted several hours later.

White House spokesperson Judd Deere said in a statement that the president “did not hear the one statement made on the video.” “What he did see was tremendous enthusiasm from his many supporters,” he added.

Today the President shared a video of people shouting “white power” and said they were “great.” Just like he did after Charlottesville.

We’re in a battle for the soul of the nation — and the President has picked a side. But make no mistake: it’s a battle we will win.

Previous Fox News Contributor: The Man That Shouted “White Power” In Video Shared By Trump Was Being “Sarcastic”
Next GOP Senator Appeals To Trump’s Vanity On Masks