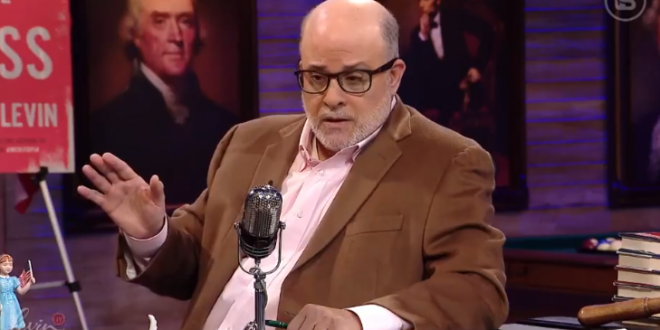 “They ought to take a wing in Leavenworth and put all these guys in there. What they have done to this country, the rule of law, the Constitution, now our courts with this judge, Edward Sullivan, I want to talk about him in particular.

“What’s happened here? We have an imperfect human being, he’s of flesh and blood, and he obviously hates Trump and he obviously loves the Obama administration because that is what’s going on here.

“This is the Obama administration against the incoming Trump administration, the Trump candidacy, and the Trump presidency. It’s an absolute disgrace.” – Fox host Mark Levin, last night on Sean Hannity’s show.

Reminder: Here’s a compilation of Fox News hosts waxing ecstatic over that same judge when he tangled with Robert Mueller.

Previous Biden: If Elected I Would Not Pardon Trump [VIDEO]
Next Trump Cultists Hurl Abuse At Local Reporter [VIDEO]