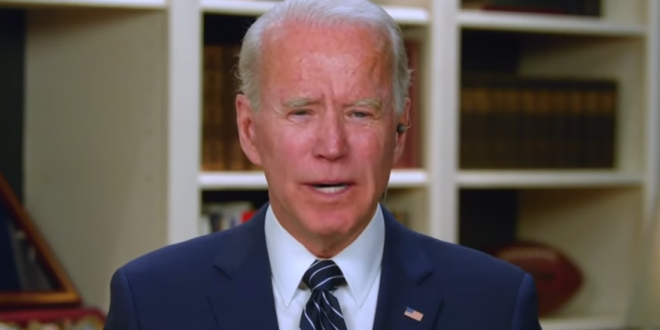 Biden: If Elected I Would Not Pardon Trump [VIDEO]

Former Vice President Joe Biden said Thursday that he would not pardon President Donald Trump if elected and insisted any prosecutorial decisions would be left to a more independent Justice Department. Answering questions in a virtual town hall-style event on MSNBC Thursday, the Democratic presidential hopeful was asked by a voter about whether he’d follow the lead of former President Gerald Ford, who pardoned Richard Nixon in large part to help the nation move beyond the Watergate scandal.

Biden, while not speaking to any specific potential charge, committed to ensuring that any prosecutorial decisions would be dictated by the law, in contrast to what he called the “dereliction of duty” by Trump and his attorney general, William Barr. “It’s hands off completely. The attorney general is not the president’s lawyer. It’s the people’s lawyer,” Biden said. “We never saw anything like the prostitution of that office like we see it today.”