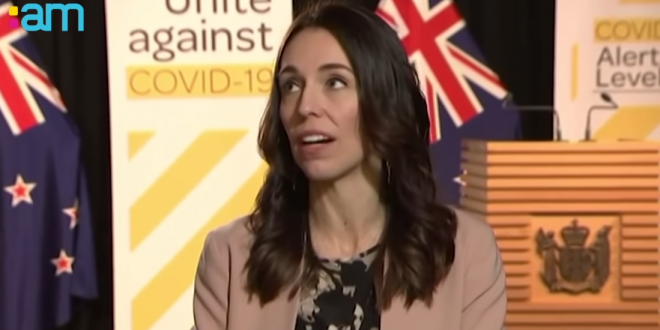 Talk about not being rattled: New Zealand Prime Minister Jacinda Ardern smiled her way through an earthquake during an interview on Monday — and it was all captured on live TV. Ardern was being interviewed by Newshub host Ryan Bridge when the quake hit.

“We’re just having a bit of an earthquake here, Ryan, quite a decent shake here,” Ardern said, while looking around the room. “But, if you see things moving behind me, the Beehive (the name for the executive wing of New Zealand’s Parliament building) moves a little more than most.”

“We’re just having a bit of an earthquake here”: New Zealand Prime Minister Jacinda Ardern barely skipped a beat when a quake struck during a live TV interview. https://t.co/tKLFX9Kn5a pic.twitter.com/n97xbTGaRu