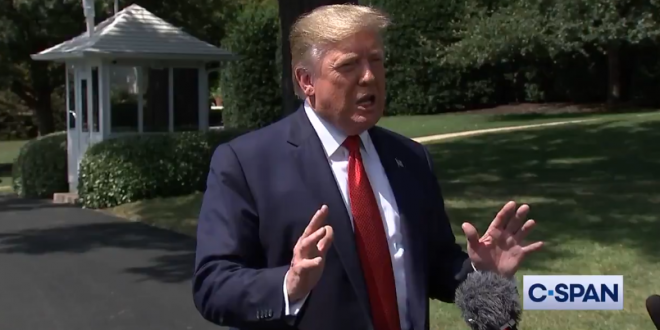 President Donald Trump said in a tweet Monday he has “zero interest” in moving the Republican National Convention to his Doral golf resort in Florida, just hours after he suggested the August convention would have to move out of North Carolina unless Democratic Gov. Roy Cooper agrees to allow thousands to gather for the convention.

Earlier this month, Trump accused Cooper of “playing politics” with the state’s reopening, which is going through a phased process like many other states, moving to Phase 2 of its reopening last Friday.

Though the state could officially end its phased reopening earlier this summer, it’s unclear whether a convention potentially packing tens of thousands into the Spectrum Center in downtown Charlotte would be allowed to go on.

I have zero interest in moving the Republican National Convention to Doral in Miami, as falsely reported by the Fake News @nytimes in order to stir up trouble. Ballroom is not nearly big enough & would like to stay in N.C., whose gov. doesn’t even know if he can let people in? https://t.co/nqBBPv4VXS

Actually no one reported that, sir. As always appreciate you checking to see what was what before you tweeted. https://t.co/Q6z64qBIJj

The President’s tweet is completely false. Total fiction.@nytimes never reported that.
Here’s our article from last week, based on interviews with a half-dozen Republicans, written by ace White House reporters @maggieNYT @anniekarni
Read it yourself.https://t.co/U4B252qDw3 https://t.co/NJKFpqgK6a