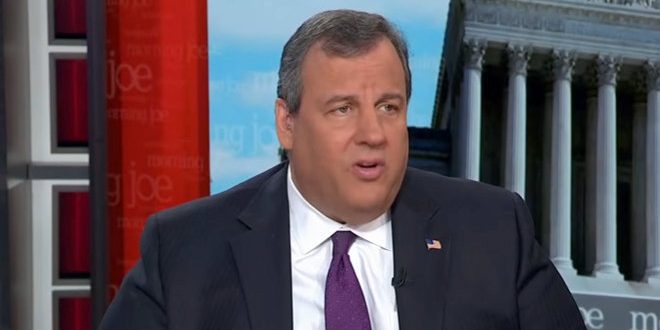 Christie: Open Now, Accept The Deaths That Will Come

Former New Jersey Gov. Chris Christie, saying that “there are going to be deaths no matter what,” called for leaders to allow people to get back to work before we “destroy American way of life” by shutting down during the coronavirus pandemic.

Speaking on The Daily DC Podcast hosted by CNN’s Dana Bash on Monday, Christie said, “What we are doing now I just don’t think can be sustained as a country.” The former Republican governor, who ran for president in 2016, said that people claiming we have to make a choice between money and lives is a “false choice.”

“We have to start letting people get back to work. I can see in my own state the economic devastation is equally sad,” he said, adding that the medical community might keep us “locked in our houses for another year” until there is a vaccine.

Chris Christie closed New Jersey’s beaches and then went to one himself.

Being cavalier about others’ suffering is very on-brand. https://t.co/drAP8djxdB

Chris Christie:
• Closed bridge access for citizens in order to punish a mayor he didn’t like.
• Took his family to a closed beach so they could enjoy it alone.
• Thinks we should reopen now even if people die.

I might be starting to see a little bit of a pattern.

Reporter: What happens if, once we reopen the country, even more people start dying of the virus?

Chris Christie: We’ll close that bridge when we come to it. I mean CROSS! Cross that bridge! Phew that was a close one.

So Chris Christie thinks we sacrificed the young in World War Two and so we should just sacrifice older people, overweight people, people with high blood pressure, asthma, diabetes and other ailments now.This is your @gop. Vote all these people out. They are idiotic and inept. https://t.co/Aoijgivt2j