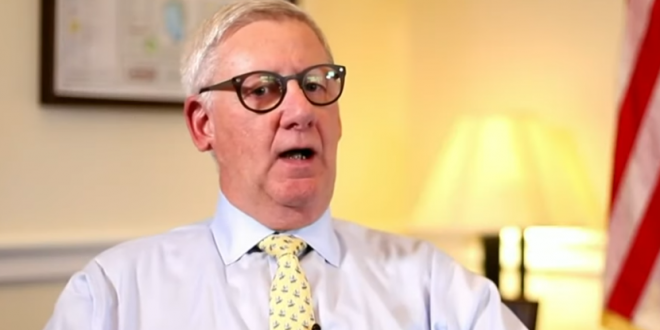 A Michigan congressman claims in a suit filed Monday that Democratic Governor Gretchen Whitmer’s stay-at-home orders overstep the boundaries of executive authority and deprive Michigan residents of a republican form of government.

U.S. Representative Paul Mitchell III, a Republican who represents the state’s 10th Congressional District, says in the suit filed in the U.S. District Court for the Western District of Michigan that the orders have prevented him from seeking treatment for his osteoarthritis by stopping elective surgeries and, more generally, that they contradicted the U.S. Constitution’s Guarantee Clause.

“As the Governor has interpreted and applied the Emergency Powers Act and the Emergency Management Act through the EOs, she has full and unchecked power to govern by executive fiat,” said Mitchell’s complaint.

Last year Mitchell announced that he will not run for reelection because he can no longer endure the “political vitriol.”

Previous Trump Ad Gets Cease-And-Desist Letter From CNN
Next Christie: Open Now, Accept The Deaths That Will Come