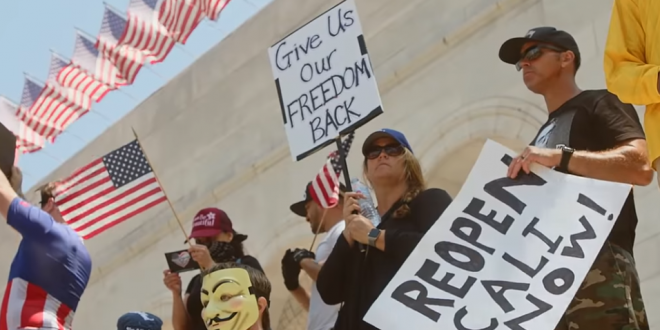 When the still locked-down NYC metropolitan area is included, new infections in the U.S. appear to be declining, according to the AP analysis. It found that the five-day rolling average for new cases has decreased from 9.4 per 100,000 people on April 9 to 8.6 on Monday. But taking the New York metropolitan area out of the analysis changes the story. Without it, the rate of new cases in the U.S. increased over the same period from 6 per 100,000 people to 7.5.

While the daily number of new deaths in the metropolitan area has declined in recent weeks, it has merely plateaued in the rest of the U.S., the AP analysis found. Pockets of America far from New York City are seeing ominous trends. Deaths in Iowa surged to a new daily high of 19 on Tuesday, and 730 workers at a single Tyson Foods pork plant tested positive. On Monday, Shawnee County, home to Topeka, Kansas, reported a doubling of cases from last week on the same day that business restrictions began to ease.