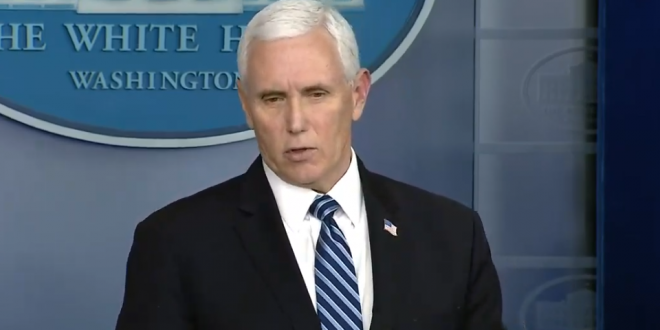 WH Plans To Wind Down Task Force By Memorial Day

Trump administration officials are telling staff members of the coronavirus task force that the White House plans to wind down the operation in the weeks to come despite growing evidence that the crisis is raging on. It is not clear whether any other group might replace the task force.

But its gradual demise, which officials said might never be formally announced, would only intensify questions about whether the administration is adequately organized to address the complex, life-and-death decisions related to the virus and give adequate voice to scientists and public health experts in making policy.

A top adviser to Vice President Mike Pence who has helped oversee the task force, Olivia Troye, has told senior officials involved in the task force to expect the group to wind down within weeks, a notice echoed by other top White House officials.

At the moment @VP Pence was telling reporters his goal is to wind down the coronavirus task force by Memorial Day, Dr. Anthony Fauci was on the phone with @PaulaReidCBS saying he’d heard no such thing …

Fauci says he knows nothing about that.

.@VP Pence on WH coronavirus task force shuttering at end of the month: “…we’re having conversations about that and about what the proper time is for the task force to complete its work and for the ongoing efforts to take place on an agency-by-agency level….