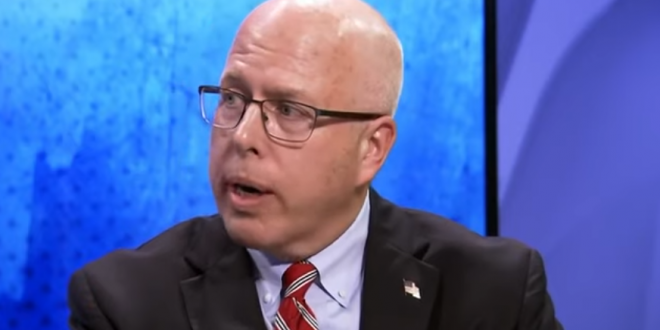 Always one to start a revolt, Representative Thomas Massie is now facing one down — from his own colleagues — less than two months away from his election. Mr. Massie, a libertarian from Kentucky known for his contrarian streak, last month drew the wrath of Democrats, Republicans and President Trump when he objected to the passage of a $2.2 trillion coronavirus relief package without a recorded vote, forcing scores of lawmakers to defy public health guidance and drive or fly back to the Capitol amid the rapidly spreading pandemic.

The move so infuriated members of his own party that the third-ranking House Republican, Liz Cheney of Wyoming, donated to his primary challenger, Todd McMurtry, in a stunning repudiation of a sitting lawmaker by a member of the leadership.

Mr. McMurtry, a lawyer who gained prominence when he defended a Covington Catholic student who sued CNN over its coverage of his encounter with a Native American protester, has written and shared a series of Twitter posts and articles that contain racist tropes, anti-immigrant sentiment and transphobic material.

McMurtry appears to have scrubbed the tweets.

We as Republicans must not condone racism in any form. Last night I was alerted to tweets by a candidate to whom my political action committee made a contribution. After reviewing the tweets, I asked that the contribution be returned.

(1) Alright @RepThomasMassie, this I cannot stand for. I supported @ToddMcMurtry because after looking at YOUR voting record, I figured that Todd was the better choice to represe our community.

(2) I have always kept things civil and respectful on twitter. The race between the two of you well-mannered compared to the mudslinging of other modern races.

(3) But now the line has been crossed. @RepThomasMassie’s accusation of Todd as being “racist” is not true and he should know better than that. @ToddMcMurtry knows what racism is and stepped defend me from that same misplaced accusation.

(4) Todd is not a racist. Massie knows that. I know that. Our community that Todd actually keeps in touch with knows that. While I did not want Massie to be re-elected, it wouldn’t have been the end of the world. However, I find this shameful and thought he would know better.

.@Liz_Cheney is the GOP Conference Chair.

She has $ supported this proudly racist candidate.

She owes Republicans an explanation.

Liz – How do you square your support of McMurtry w what you said about Steve King?

Do we tolerate Racism if it’s Anti-Massie? Or paired w BBQ? https://t.co/aOe9JFYVba