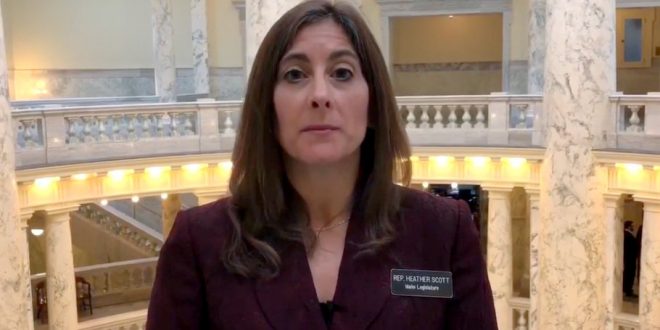 “You can’t take away people’s lives and property without compensation, and that’s exactly what he [GOP Gov. Brad Little] would be doing. I mean, they are already calling him Little Hitler — Gov. Little Hitler.

“I think people will start educating others, and people will be more and more vocal until they will say, ‘Enough of this,’ and put the pressure — hopefully political pressure — on him.” – GOP Idaho state Rep. Heather Scott.

Later that year she was stripped of her committee posts when she said that women only get Idaho leadership posts if they “spread their legs.”

As you can see in the second clip below, Rep. Scott is a supporter of the white supremacist Christian militia, the Oath Keepers.