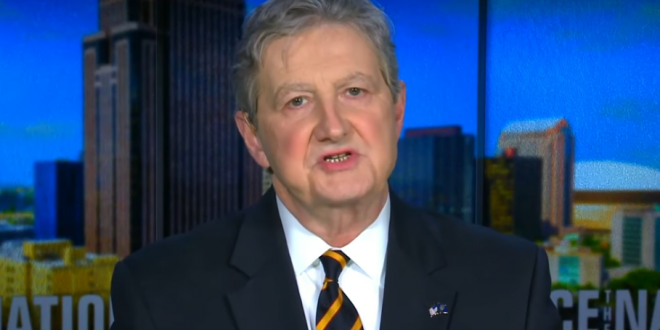 Sen. John Kennedy said Thursday that restrictive measures aimed at slowing the spread of the coronavirus are not worth the risk of economic collapse, even if that means more people become infected.

“We’ve got to open this economy,” the Louisiana Republican told Fox News host Tucker Carlson. “If we don’t, it’s going to collapse. And if the U.S. economy collapses, the world economy collapses.”

“When we end the shutdown, the virus is going to spread faster,” Kennedy acknowledged. “That’s just a fact. And the American people understand that.” Kennedy’s home state of Louisiana has been one of the hardest-hit states, with more than 1,000 people dead as a result of the pandemic.