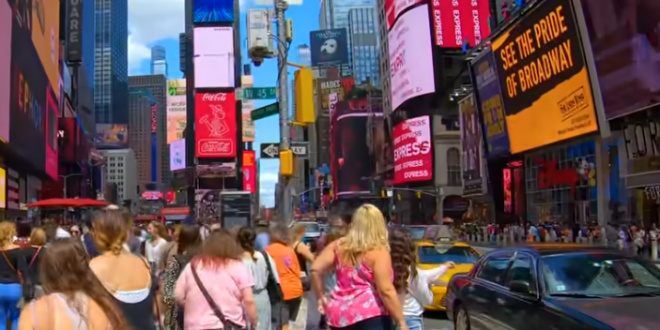 Broadway To Remain Dark At Least Through June 7th

Broadway will remain closed through June 7, a two-month extension of the current coronavirus shutdown that would seem to retroactively end the 2019-2020 Broadway season with the March 12 shutdown.

The extension announcement was made today by the Broadway League, the trade group representing theater owners and producers, which had been in discussions with theatrical unions this week.

No mention was made in the League’s announcement of officially closing the Broadway season – theoretically, at least, the 2019-2020 season could be extended but the logistics would seem to make that an unlikely option

Just in – The Great White Way will remain dark at least until June 7. The @BroadwayLeague announces all shows will remain suspended until then

Broadway will be back! It’s just taking longer than we had hoped. The @BroadwayLeague announced that theaters will remain dark through 6/7/20. We can’t wait to see the Broadway lights turn back on…until then, we’ll keep singing showtunes in the shower🙈(🎨: clicksarts/Tumblr) pic.twitter.com/qGLzx5Fbva