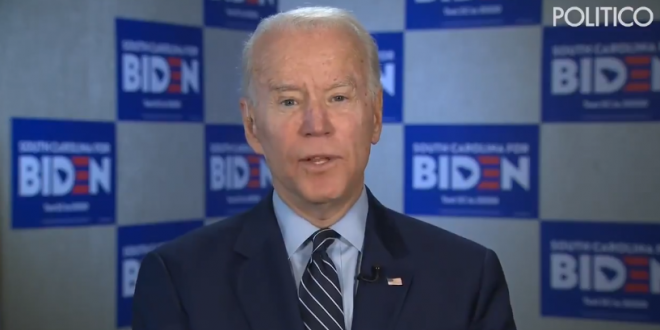 Biden Reaches Out To Sanders Backers: Join With Me

Today, Senator Sanders announced he was suspending his campaign. Bernie has put his heart and soul into not only running for President, but for the causes and issues he has been dedicated to his whole life.

So, I know how hard a decision this was for him to make — and how hard it is for the millions of his supporters — especially younger voters — who have been inspired and energized and brought into politics by the progressive agenda he has championed.

Bernie has done something rare in politics. He hasn’t just run a political campaign; he’s created a movement. And make no mistake about it, I believe it’s a movement that is as powerful today as it was yesterday. That’s a good thing for our nation and our future.

As friends, Jill and I want to say to Bernie and Jane, we know how hard this is. You have put the interest of the nation — and the need to defeat Donald Trump — above all else. And for that Jill and I are grateful. But we also want you to know: I’ll be reaching out to you. You will be heard by me. As you say: Not me, Us.

And to your supporters I make the same commitment: I see you, I hear you, and I understand the urgency of what it is we have to get done in this country. I hope you will join us. You are more than welcome. You’re needed.

Together we will defeat Donald Trump. And when we do that, we’ll not only do the hard work of rebuilding this nation — we’ll transform it.