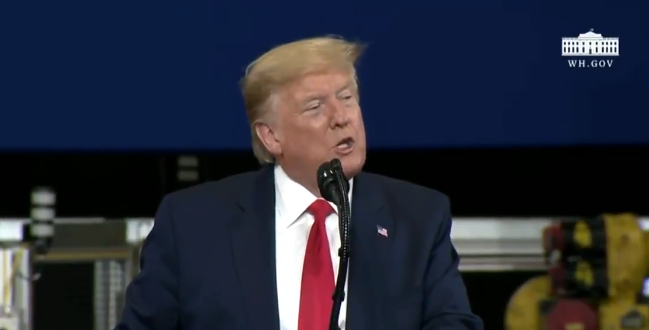 Trump: Dems Made Buttigieg Drop Out To Hurt Sanders

Not so long ago, Donald Trump seemed obsessed with just one of the Democrats vying to replace him: Joe Biden. Over the past year, as the former vice president became the front-runner, Trump’s campaign spent about $270,000 on Facebook ads targeting Biden—more than it spent against other top candidates.

Then Biden began to collapse and Bernie Sanders started to rise. Trump’s social-media ads demonizing “Sleepy Joe” tailed off. Yet thus far, there’s been no appreciable pickup in anti-Sanders ads. It’s as if Trumpworld might want to go easy on Sanders.

It does. Team Trump views Sanders as the weakest candidate left on the Democratic side, and isn’t eager to do anything to impede his rise, several of the president’s past and present political advisers told me. They seem to see Sanders as a no-lose proposition: The president wins whether the senator from Vermont captures the nomination or not.

Pete Buttigieg is OUT. All of his SuperTuesday votes will go to Sleepy Joe Biden. Great timing. This is the REAL beginning of the Dems taking Bernie out of play – NO NOMINATION, AGAIN!