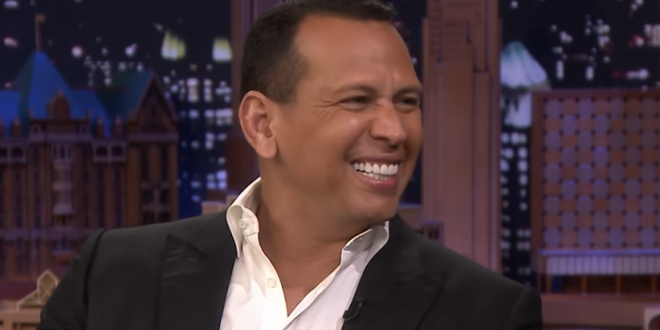 Source told ABC that neither Rodriguez or his fiancé Jennifer Lopez will have any official role in the effort, but one source close to the baseball star reportedly said the call with the president was “pleasant.”

During marathon day of meetings earlier this week, President Trump continued outreach across the country regarding coronavirus & phoned former Yankees baseball player Alex Rodriguez. Multiple sources tell ABC, the president spoke to ARod from the Oval Office via me & @KFaulders

A source close to Rodriguez told @ABC the call with Trump was “pleasant” adding that Trump was seeking thoughts from ARod about the coronavirus response. Sources say there was no discussion of AROD or his fiancé Jennifer Lopez taking on any official effort.

I just hope that @JLo was home when he called. I’m sure her medical, public health and economic insights would be invaluable to handling a global pandemic.

“Roids? They might work. They might not. Who knows? But I have a good feeling about them. Once ARod works out the cycling schedule, we’ll start clinical tests.”

I mean, we can laugh, but I would still trust ARod’s judgment magnitudes more in this situation than Trump, that’s for damn sure.

Druggie @AROD is now scheming to sue the @Yankees. He will go down as the biggest sports embarrassment of all time.

The @Yankees should immediately stop paying A-Rod—he signed his contract without telling them he was a druggie.

Druggie A-Rod, @MLB’s biggest fraud, is lucky George Steinbrenner is no longer with us. @Yankees would have voided his contract.