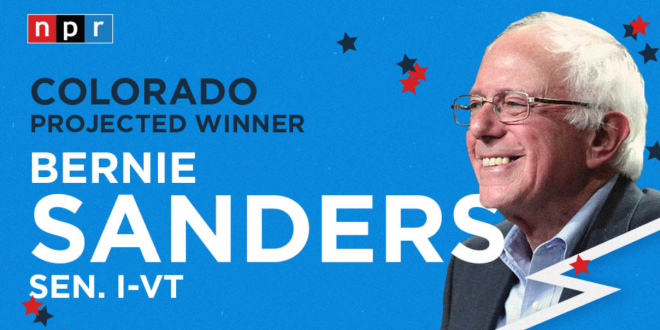 Bernie Sanders is the winner of the Colorado Democratic presidential primary, the Associated Press has projected. The U.S. senator from Vermont received 32% of the vote in results released as voting ended at 7 p.m., with Joe Biden at 27%, Michael Bloomberg at 21%, Elizabeth Warren at 16% and Tulsi Gabbard at 1%. The rest of the vote was split among candidates who have dropped out of the race in recent days.

Coloradans joined millions of voters across 14 other states and territories on Super Tuesday, the largest day of primaries that will help decide the Democratic nominee to take on President Donald Trump in the Nov. 3 general election. About a third of delegates to the party’s convention are at stake, including 67 Colorado delegates that will be divvied up based on the results.