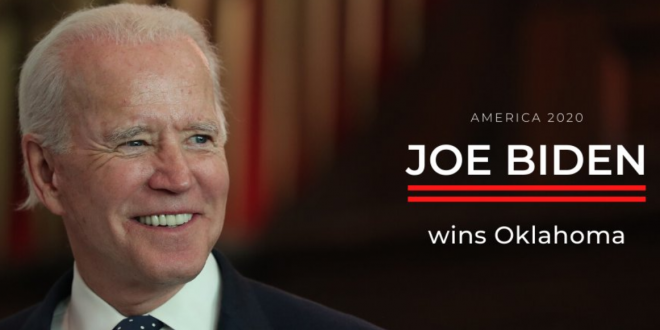 Joe Biden has won the Oklahoma Democratic primary with 37 delegates at stake, according to AP. The big picture: The state was too close to call when polls closed at 8 pm ET, but it ultimately was called as another victory for Biden. Sen. Bernie Sanders had won the state by 18 points over Hillary Clinton in 2016, and Michael Bloomberg spent over $5 million in the state. According to NPR, the state had faced sparse polling, making it relatively unpredictable headed into Super Tuesday.