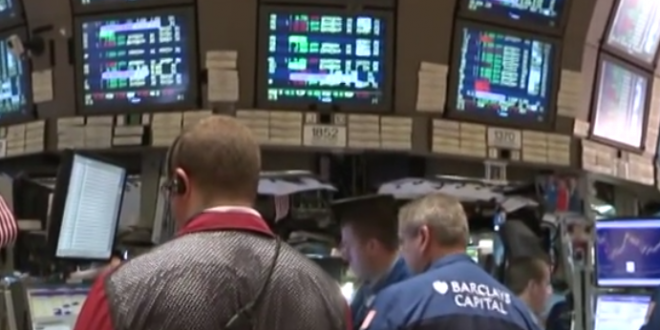 The Federal Reserve’s historic, emergency rate cut was not enough to assuage Wall Street on Tuesday, with the Dow Jones Industrial Average plunging wildly to end the day down by almost 800 points. Nervous traders loaded up all day on “safe haven” assets such as gold and Treasury notes — pushing yields to record levels — amid growing realization that the coronavirus might not be as fleeting as President Donald Trump’s administration has conveyed.

The Fed’s emergency rate cut Tuesday is intended to “boost household and business confidence,” mirroring action taken by central banks around the world, Fed Chairman Jerome Powell said in a press conference following the surprise announcement. However, it spooked investors, pushing down all three major averages after he spoke. By mid-afternoon, the S&P 500 had fallen by 3.4 percent and the Nasdaq was down 3.6 percent.

Previous Red Meat For Rubes: Trump Campaign Sues WaPo
Next Prophetess Cindy Jacob: God Told Me That I Have The Authority To Decree Day Of Global Prayer Against Virus