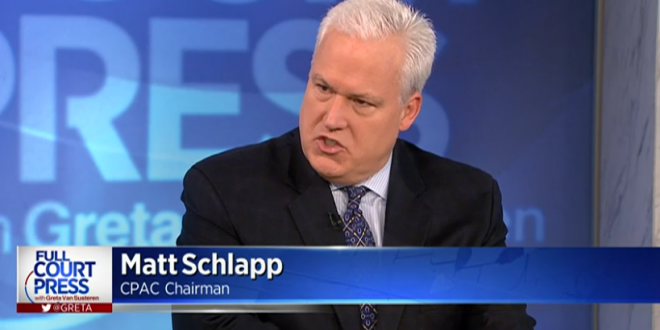 “We won’t credential him as a conservative. I suppose if he wants to come as a non-conservative and debate an issue with us, maybe in the future we would have him come.  This year, I’d actually be afraid for his physical safety, people are so mad at him.

“The biggest problem we have with Mitt Romney is not that he’s just an individual following his political course. It’s the fact that he’s lied so continuously to conservatives.

“When he needed a conservative like Donald Trump to endorse him in his Senate primary, he wanted in. But then, when he gets the Senate job, he wants to distance himself from Trump. He’s a use ’em and lose ’em kind of guy.

“He said he would going to be an ‘extreme conservative’ – that he was the most conservative guy in the world when he came to CPAC. After 2012, he didn’t want to have anything to do with us.” – CPAC chairman Matt Schlapp, on Greta Van Susteren’s Full Court Press. (Time stamp 20:00.) 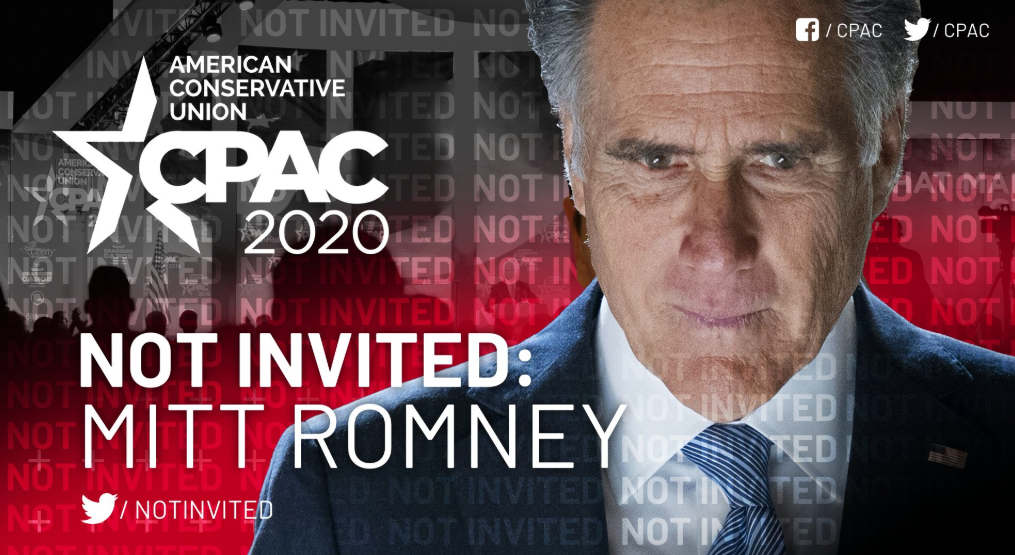