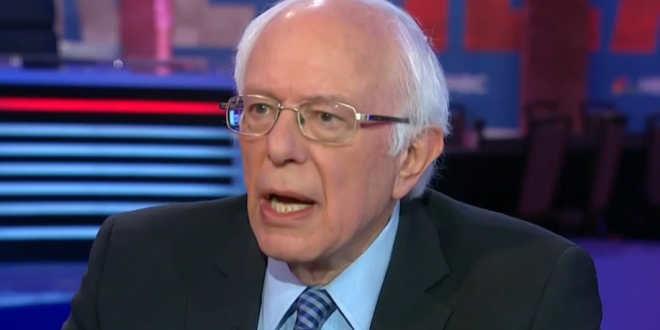 Meet The Press host Chuck Todd today noted that in a Sept. 14 interview — prior to the heart attack in October — Sen. Bernie Sanders promised to release his medical records “before the first votes are cast.”

“The American people have a right to know whether the person they’re going to be voting for for president is healthy,” Sanders said at the time. “And we will certainly release our medical records before the primary.”

But he was singing a different tune Sunday, two days before the New Hampshire primary. “I mean, you can start releasing medical records and it never ends,” he told the host. “We’ve released a substantive part — all of our background. We have doctors who have, cardiologists confirming that I am in good health. I am in good health.”

Today, @BernieSanders walked back his promise to release his medical records “before the first votes are cast”: “You can start releasing medical records, it never ends.”