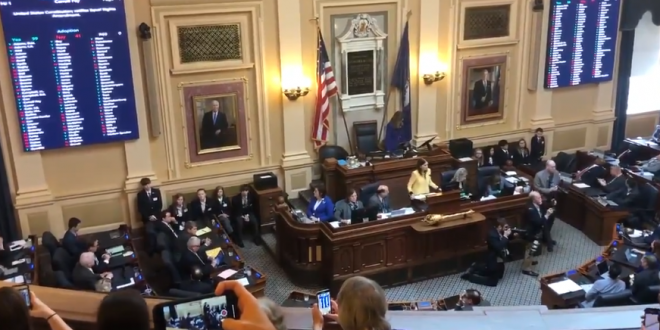 Virginia officially became the critical 38th state to ratify the Equal Rights Amendment on Monday, clearing the way for likely court fights over whether the measure can be added to the U.S. Constitution.

State lawmakers made history earlier this month when each chamber of the General Assembly separately approved ratification resolutions. On Monday, the House and Senate took the final procedural step of signing off on each other’s measures.

Virginia’s ratification opens a new chapter in the nearly century-long push to get the amendment added to the Constitution. Constitutional amendments must be ratified by three-quarters of the states, or 38. But the ERA’s future is uncertain, in part because of a 1982 deadline for ratification that Congress passed decades ago.

IT’S OFFICIAL: My resolution to have Virginia ratify the #ERA has passed the state Senate. Virginia is now the 38th and final state to ratify the #ERA. pic.twitter.com/lgh1HAn3YY

Previous Franklin Graham To British Gays: I’m Not Coming To Hate You, I’m Coming To Say You’re Doomed To Hell
Next Meadows Warns: You’ll Pay If You Break With Trump