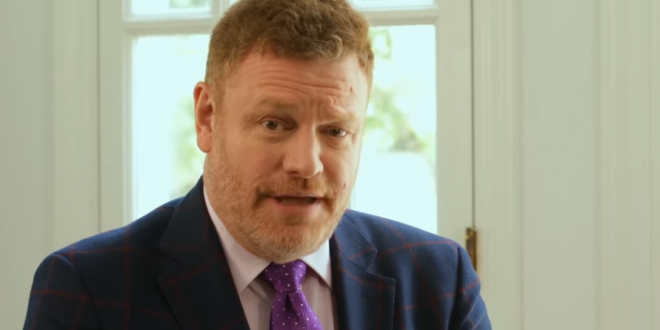 Fox Host: Are We Sure Elizabeth Warren Is A Woman?

“The Democrat primary is like one of these cheapo horror movies where all the black and minority actors get killed off first, leaving onstage the same tired old white people. Mostly septuagenarian white men, although I believe Elizabeth Warren — oh yeah, she’s still in, she’s of course officially a person of color in that she was Harvard Law School’s first woman of color. So she’s — suck it up, minorities! This is what happens when you mortgage your future to the Democrat Party!

“The great repository of diversity now is Elizabeth Warren! The first woman of color. We know she’s, what is she, 1/1,054th of color? Actually, do we know she’s a woman? I mean, who’s to say that’s not all a big scam, too? And it’s just going to be a bunch of septuagenarian white guys up there, along with Mayor Pete. Do we, are we really sure he’s gay? I mean, he looks like some guy from the accountancy department. He doesn’t — that’s a very non-gay look. I don’t know.

Steyn last appeared on JMG when he told Tucker Carlson that white supremacists are better than “illegal immigrants” because at least they’re US citizens.