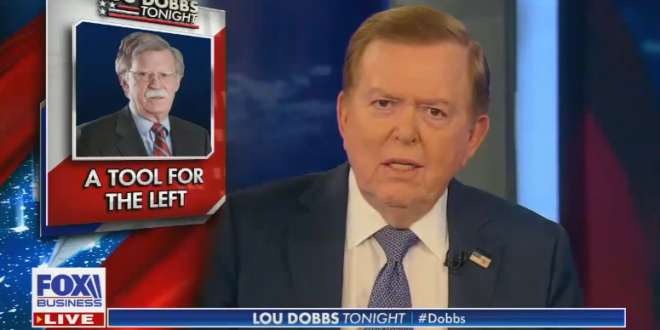 Dobbs: Bolton Is A Tool For The “Radical Dims” [VIDEO]

“Mitt Romney’s call for John Bolton’s testimony comes as no surprise. Romney has been, lets say, wobbly throughout. He’s long had connections with foreign policy RINOs and they with him. Bolton one of them. He served as Romney’s foreign policy adviser during Romney’s failed 2012 presidential run.

“Not so complicated, is it? John Bolton himself has been reduced to a tool for the radical Dims and the deep state with his, well, with his allegation that the president once told him the aid to the Ukraine was entirely dependent on whether or not Mr. Zelensky carried out investigations of his political opponents.” – Lou Dobbs.