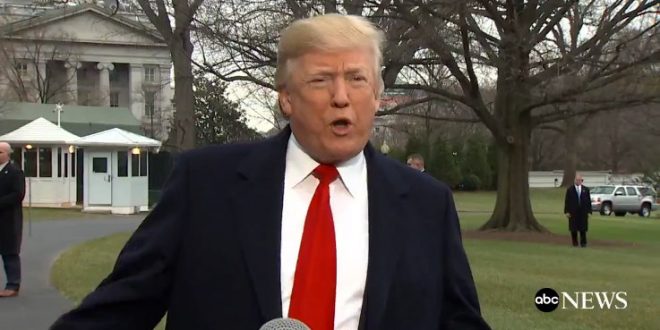 On Thursday evening, Donald Trump pushed out on Twitter the name of the alleged whistleblower whose complaint led to the president’s impeachment.

“It’s pretty simple. The CIA ‘whistleblower’ is not a real whistleblower!” reads the tweet, which links to a Washington Examiner item. That piece, published Dec. 3, includes the alleged whistleblower’s name in the headline.

Given his escalating rage and erratic behavior, this was probably inevitable, but please don’t let that distract from the fact that this is truly deplorable and should deeply concern every American.https://t.co/HZ3wdPb2Bk

Twitter proves trump’s claim that he can stand in the middle of Fifth Avenue and shoot somebody and not lose any voters. At best, they’re enablers.

Trump retweets post outing the Ukraine whistleblower by name — over his own advisers’ objections
https://t.co/4Dazz2iW0g